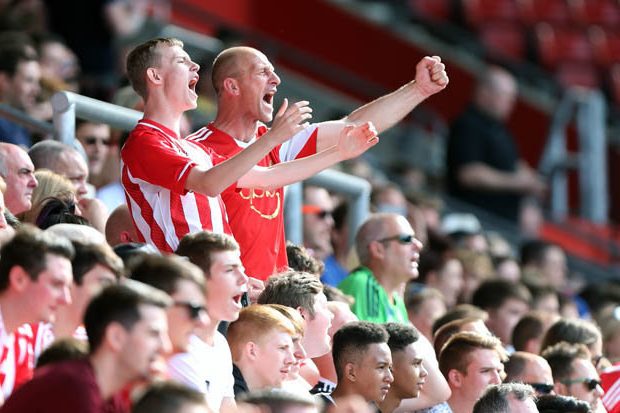 One of the strangest things about this World Cup is the difference between how the media pundits are telling us England are doing and how many (but no means all) of the people you come across feel about it. On the whole the media have been unremittingly negative about the tactics, team selection, standard of play, attitude and anything else you care to name and how that means that we are doomed and lucky to have got to the last eight. On the other hand alot of fans seem to feel that yes, it isn’t exciting footbal and no, England are not playing a brilliant attacking game… but we are in the last eight!

I noticed during the game against Ecuador that the fans in the stadium were chanting “One nil, to the Enger-land” as the dour defensive machine we seem to be at the moment rolled over another team. It’s true as well. The games we have done best in lately have been fairly grim and boring affairs. The one time we tried to play, against Sweden, look what happened. Maybe this is what it will take to win the tournament? Perhaps that is why fans seem less upset about the ugly game England are playing? If you are a fan then winning is the important thing. Style and flare are great, but if you can only win ugly then that’s good enough. The pundits are looking at it from the point of view that the style in which we play is as least as important as the results, but I think that is their obsession. If ugly wins the World Cup for us, will anyone care? Not us. How many times have we seen a team win the World Cup this way? Many I think and each time we have criticised them but we don’t have much to show for trying to play pretty.

That might be the choice then. If the international game is now so competitive and tight that we can’t just try to play our club style then perhaps Sven’s got it right. We’ll know soon enough!

The only thing worying me is what if it’s being masterminded by Steve McLaren. It is nice to win but I don’t think I could sit through four years of this kind of football!